It opened at the beginning of the 2018-19 school year thanks to Comal ISD voters overwhelmingly passing Bond 2015.

The name Danville Middle School was born out of Comal County’s rich past. The original one-room Danville School building was built in 1863. It was located about one mile from the new middle school.

From the 1860s until the 1950s, Danville School was where children who lived in that area attended their first eight grades before attending high school in New Braunfels. It is part of the original Comal Settlement area, which was established in the mid-1850s, when German farmers moved approximately seven miles southwest out of New Braunfels to begin a farming community. 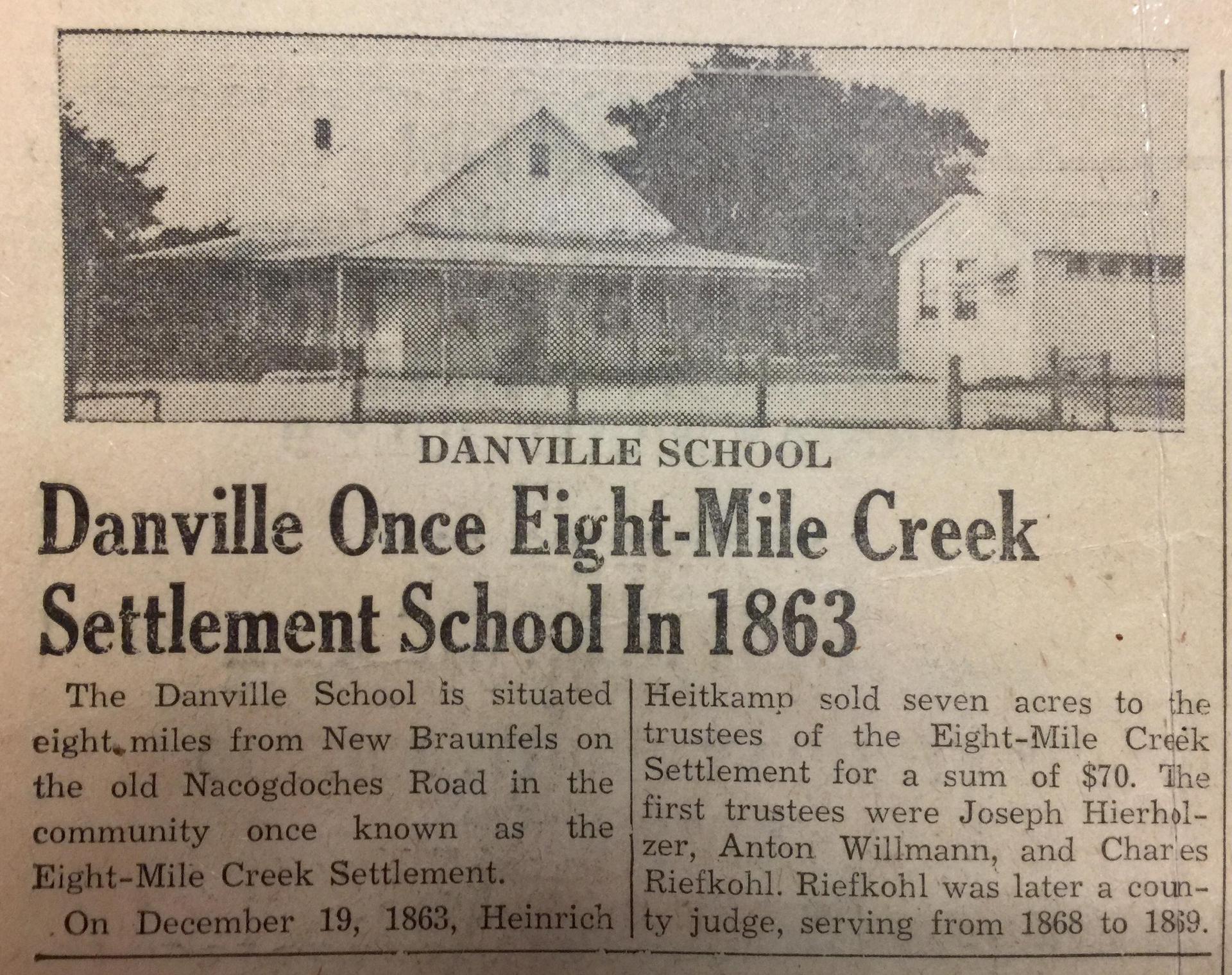 During the 1950s, Danville School was consolidated with Solms and Davenport Schools which later formed Comal Elementary School.

Danville School has such a rich tradition that students who attended the school still hold reunions on a regular basis. In addition, many of the descendants of the original trustees of the Danville School still live near the Comal Settlement area.